Pregnancy is a special time in a woman’s life, but it can also be a confusing one. There are many myths and misconceptions about pregnancy that can cause anxiety and worry for expectant mothers. It’s important to separate fact from fiction, so here is a list of some common pregnancy myths and the truth behind them.

Fact: It is not safe to drink alcohol during pregnancy. Alcohol can pass from the mother’s bloodstream to the baby through the placenta, potentially causing harm to the developing baby. The safest choice is to avoid alcohol altogether during pregnancy.

Myth #2: It’s safe to dye your hair during pregnancy.

Myth #3: Pregnant women should avoid all forms of exercise.

Fact: Exercise during pregnancy is generally safe and can have many benefits for both the mother and the baby. Regular physical activity can help to reduce the risk of gestational diabetes, improve sleep, and reduce stress. It is important, however, to consult with a healthcare provider before starting or continuing an exercise program during pregnancy.

Myth #4: Pregnant women should avoid all forms of caffeine.

Fact: Moderate caffeine consumption during pregnancy is generally considered safe. The American College of Obstetricians and Gynecologists recommends limiting caffeine intake to less than 200 milligrams per day. This is equivalent to about 1–2 cups (240–580 ml) of coffee or about 2–4 cups (240–960 ml) of brewed tea per day.

Fact: Seafood can be a healthy part of a pregnant woman’s diet, as it is a good source of protein and omega-3 fatty acids. However, some types of seafood can contain high levels of mercury, which can be harmful to a developing baby. It is recommended to avoid high-mercury fish, such as shark, swordfish, and king mackerel, and to limit consumption of lower-mercury fish, such as tuna, to 6 ounces per week.

Myth #6: Heartburn during pregnancy means the baby will have a full head of hair.

Fact: There is no scientific evidence to support this myth. Heartburn during pregnancy is a common symptom caused by the hormonal changes and pressure on the abdomen from the growing uterus. It has no bearing on the baby’s hair growth.

Fact: Not all cheese is off-limits during pregnancy. Hard, aged cheeses such as cheddar, parmesan, and swiss are generally considered safe to eat. Soft cheeses, such as feta, brie, and camembert, should be avoided unless they are made from pasteurized milk. It is important to check the label or ask the manufacturer to be sure.

Fact: Pregnant women can continue to do most of their normal activities, including lifting moderate amounts of weight. It is important to listen to your body and avoid activities that cause discomfort or strain. If you are uncertain about whether an activity is safe, it is always a good idea to consult with a healthcare provider.

In conclusion, there are many myths and misconceptions about pregnancy that can cause unnecessary anxiety for expectant mothers. It is important to consult with a healthcare provider and to separate fact from fiction in order to make informed decisions about your pregnancy

Meet Dr. Mea Ramos, Clinical Director of Eva Teleconsult. With a Doctor of Medicine and Master in Business Administration degrees from the Ateneo de Manila University, Dr. Ramos is a highly qualified physician who is also certified in Clinical Telemedicine from Harvard Medical School. She is a life-long learner and graduate of SMIC Institute of Traditional Chinese Medicine Acupuncture program. As a mentor to medical students and doctors-in-training, Dr. Ramos is dedicated to promoting health and wellness through telemedicine, mental health, and holistic wellness.

At Eva Teleconsult, Dr. Ramos is known for providing personalized, high-quality care to patients of all ages, but particularly to women between the ages of 12 and 55. With a special interest in women’s health and a passion for helping her patients achieve optimal health, Dr. Ramos is the go-to physician for women in BGC, Makati, Alabang, and the expat community. Whether you’re seeking tele consultations, counseling, or home vaccination services, Dr. Ramos and the team at Eva Teleconsult are here to help you feel your best. Upgrade your healthcare experience with Dr. Ramos and Eva Teleconsult today. 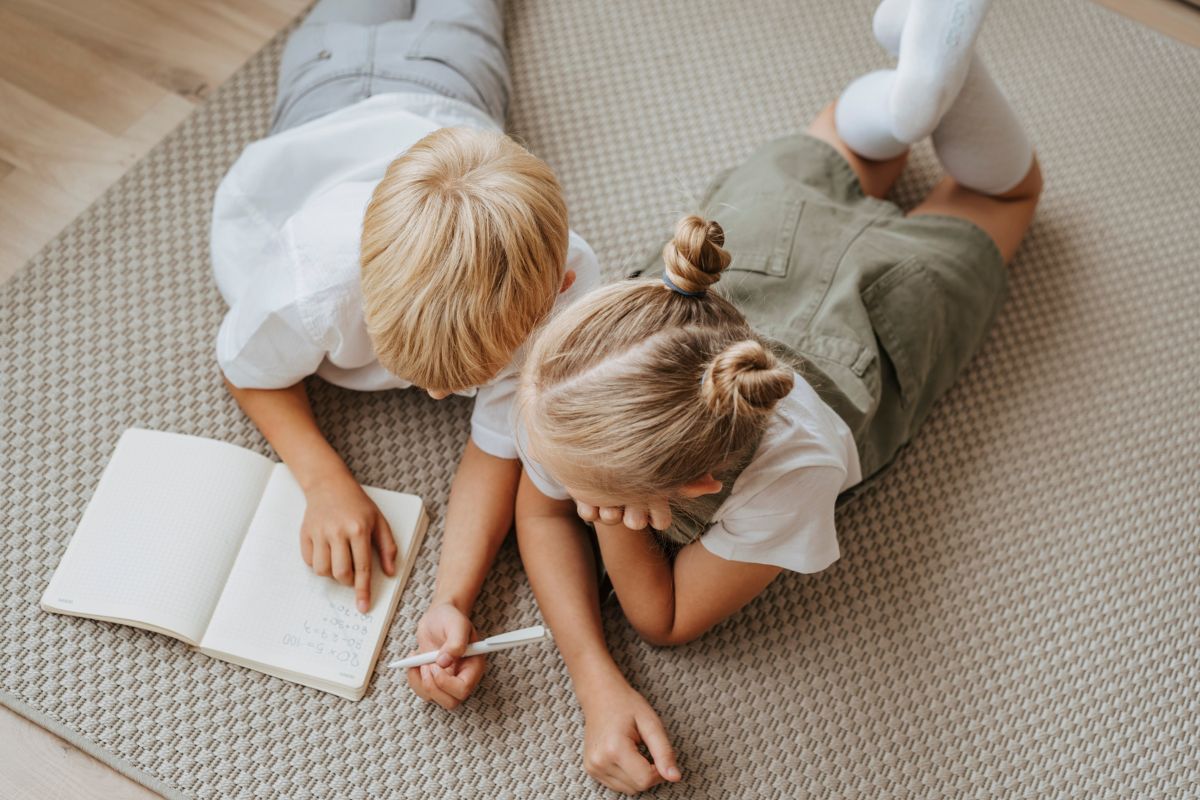 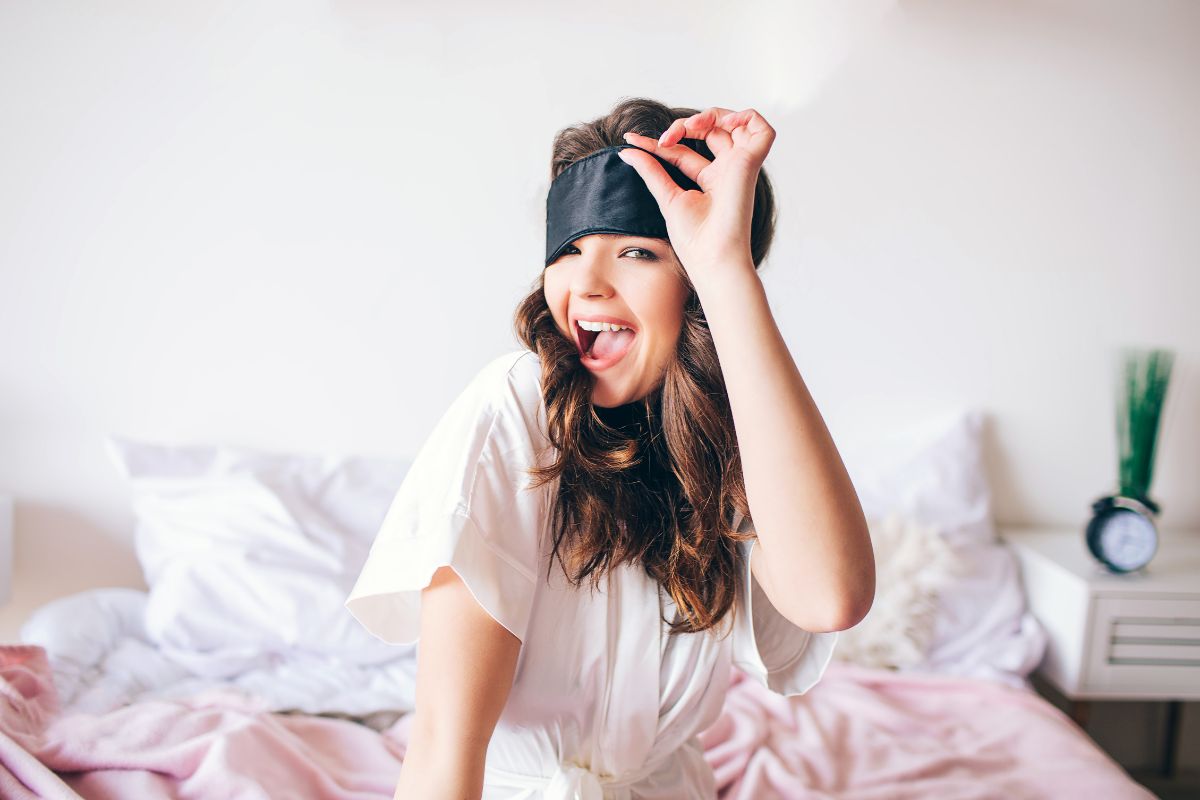 How to Train Yourself to be a Morning Person 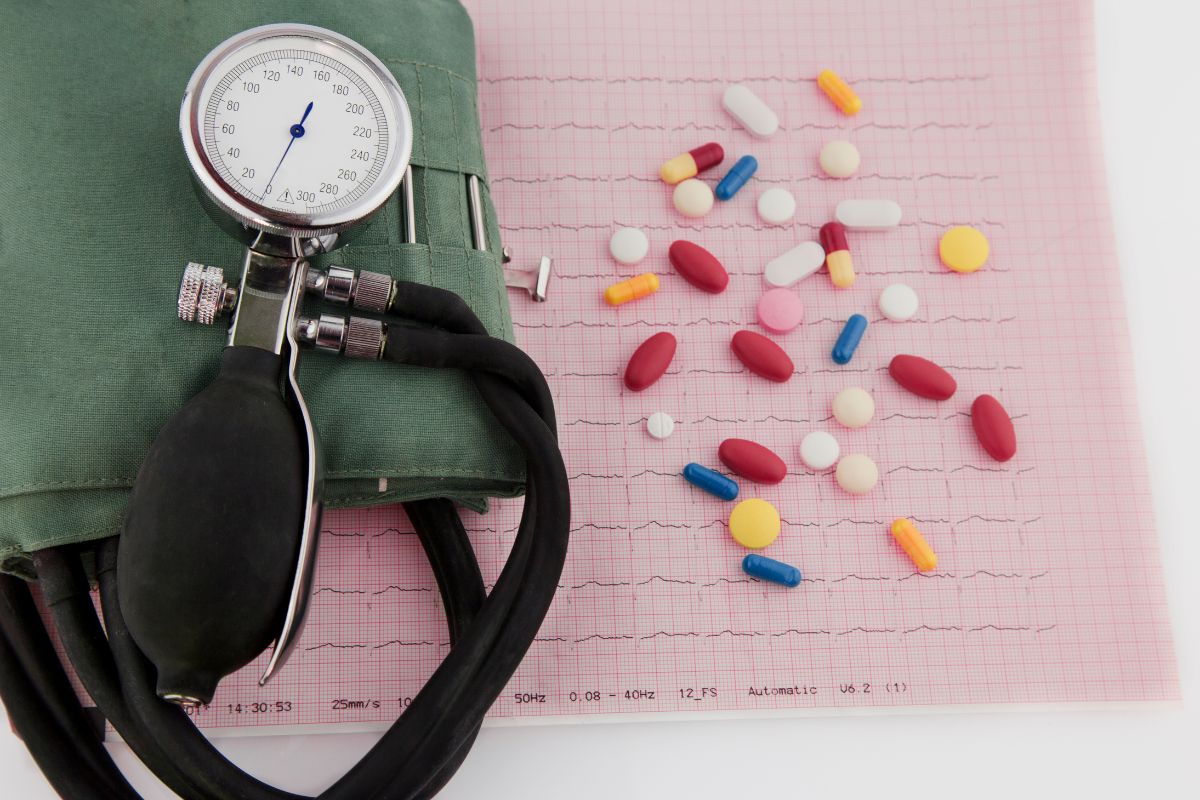 A Proven and Sustainable Way to Lower Blood Pressure 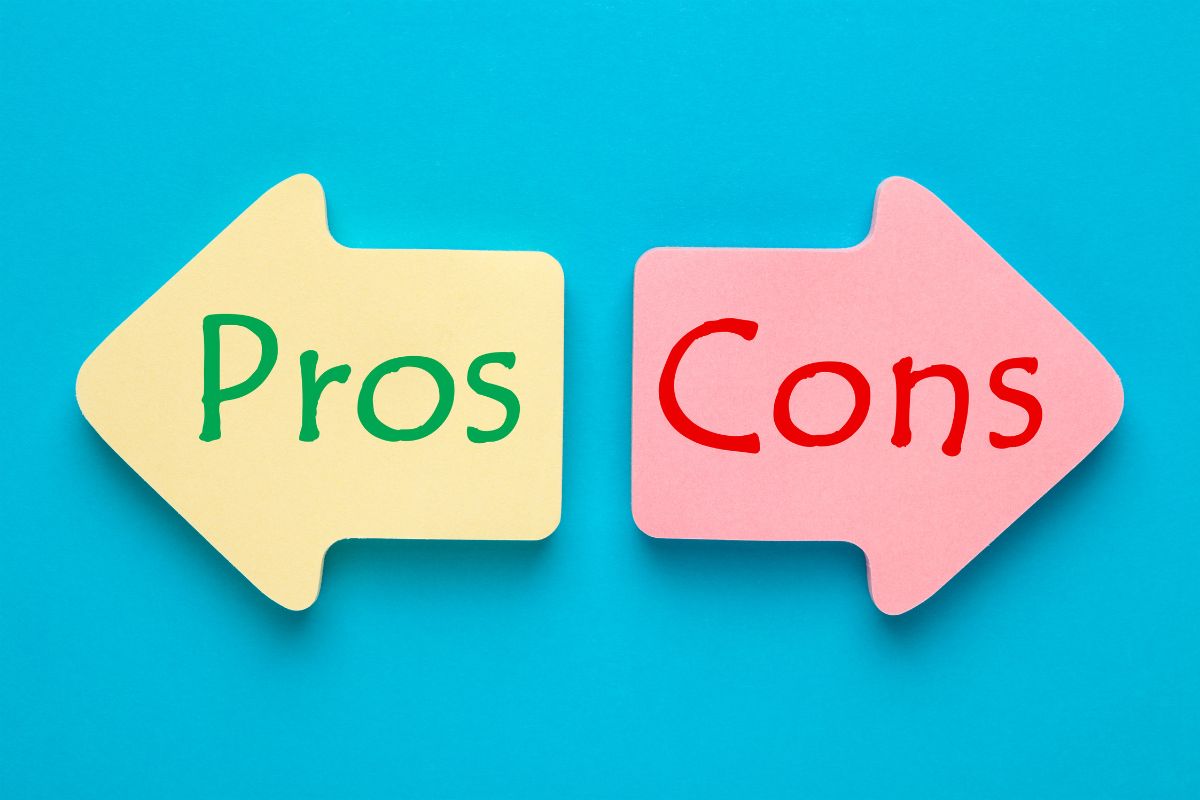 Understanding Different Birth Control Methods and Their Pros and Cons 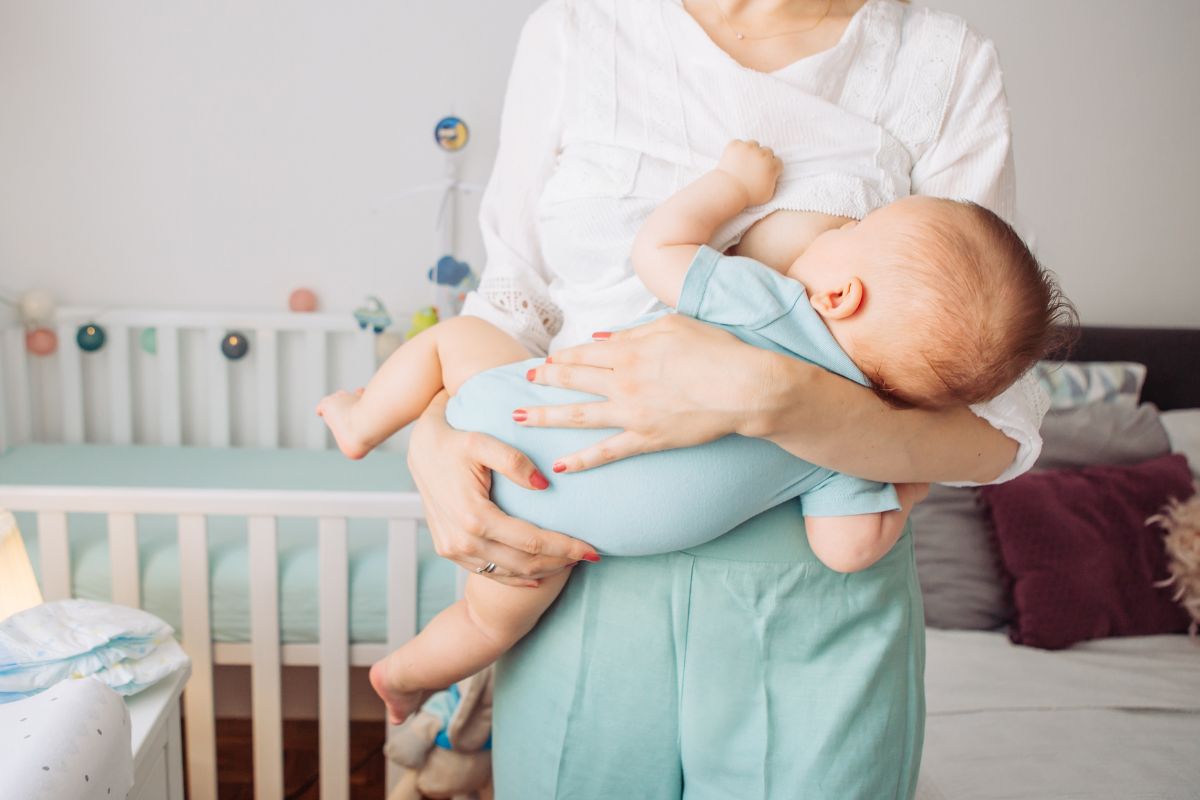 Breastfeeding: The Ultimate Guide to the Benefits for Mother and Baby 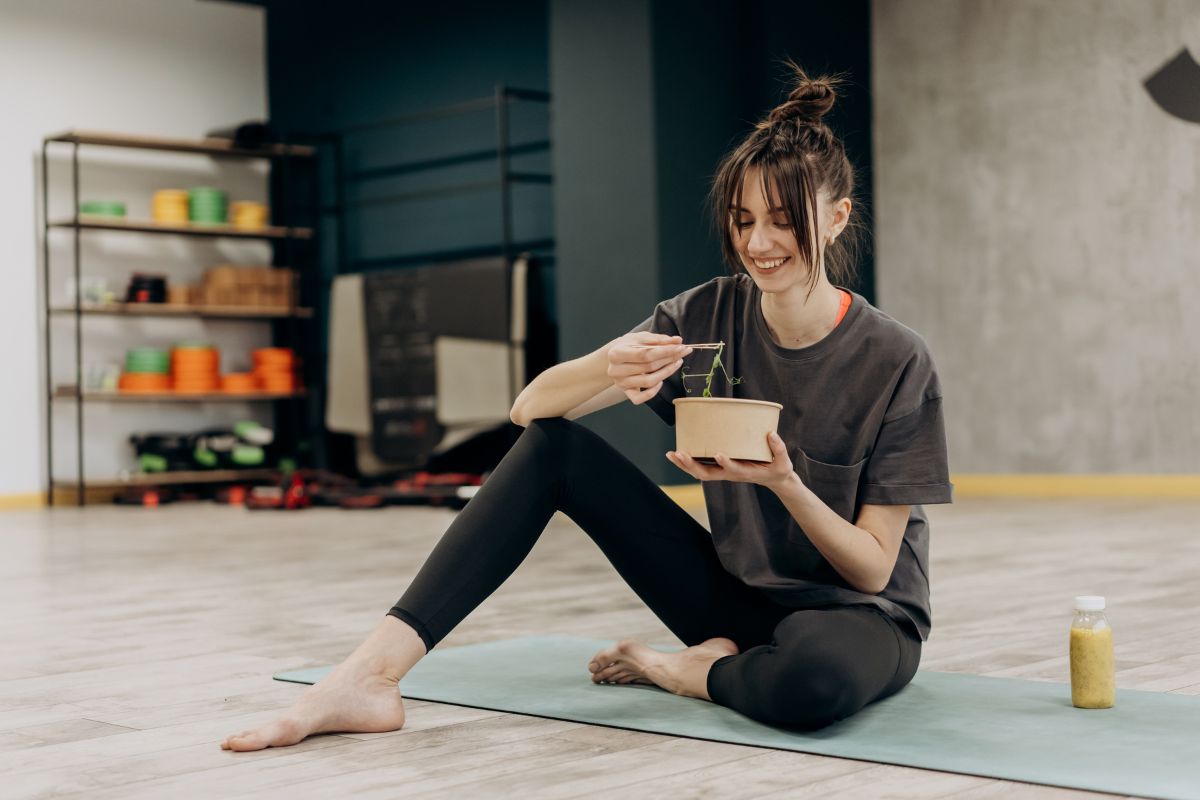 7 Tips for Making Healthy Food Choices Without Breaking the Bank

Play
Play
Play
Previous
Next
"I felt the sincerity"

"Dra. Jandusay showed concern about my condition and my family members as well. I felt the sincerity and she was very accommodating and patient with all my questions and concerns. Plus, the service is excellent."
Jessica F.EVA Patient 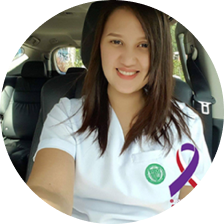 "You'll feel that they truly care about you."

"The doctor will explain to you thoroughly the medication you will take, as well as your illness. You'll feel that they truly care about you and the doctor is kind."
Sey L.EVA Patient
"We were not expecting anything this good."

"Dr. Camille Cruzada showed an amazing level of attention to detail for my wife's condition. She took more time than most doctors will take to understand her whole condition. She asked plenty of questions […] and she pinpointed the cause (and was proved to be right!) We were not expecting anything this good. Dr. Camille is a credit to the profession, and EVA Clinic runs an excellent service. Highly recommended for the convenience AND the quality of care!"
Jeff H.Husband of an EVA patient
"The care, professionalism is at best!"

"I am old school so I got doubts at first. Thinking this may not be as effective as the actual physical face-to-face consultation with the doctor but my doubts are gone as the experience was great. The care, professionalism is at best! Seeing the doctor at the comfort of your home is the way forward with or without covid."
MarbsEVA patient
"Very professional, timely, emphatic, and fact-based."

"Thank you, Eva Teleconsult, for the superb service! Very professional, timely, emphatic, and fact-based. Thumbs up for the clinic and heart for the doctors!"
Chelcie N.EVA patient
"Imagine the convenience."

"I started having symptoms […] and it was only Eva Teleconsult who was able to accommodate me Sunday, 8:30 am. Imagine the convenience. I then consulted with Dr. Krisca Jandusay and she was just amazing. After the consult, she closely monitored me and would reply promptly to my queries. [She gave] logical, detailed advice, and the right decisions so I didn't need to get hospitalized. I can truly say that I'm now on my way to fully recovering from my dengue, thanks to her and Eva Teleconsult!"
Lubert A.EVA patient
"Excellent experience specially for my mother who is a senior citizen."

"Due to the pandemic, it's not safe to go to hospitals now specially for elderly, so we really find Eva Teleconsult to be very helpful. The consultation fee is also just right, not expensive. Very easy transaction and the doctor is very elaborate on the findings and prescriptions. Excellent experience specially for my mother who is a senior citizen."
Paruma S.Son of an EVA patient
"Highly recommended during these hard times."

"Booking a consultation is fast and convenient. The doctor who attended my consultation was professional, friendly, and very accommodating. Highly recommended during these hard times. Thank you, Eva Teleconsult."
Jann L.EVA patient
"Very professional service."

"I consulted about my positive Covid results which everyone knows can be extremely stressful if you are not well guided on how to deal with it. EVA Teleconsult, specifically Dra. Krisca Jandusay was very helpful. Aside from prescribing my medicines, [she] provided me with detailed instructions on home care, informed me of the alarm signals I should watch out for, [and] gave me guidelines on proper quarantine. I had additional, sometimes trivial questions after our e-consultation which she very cordially entertained and replied to promptly. Very professional service."
Lorna C.EVA patient
"No doubt of Eva Teleconsult great service."

"No doubt of Eva Teleconsult great service. From its hassle-free appointment booking, very friendly & accommodating doctors and the convenience of having quality healthcare at the comfort of your home. Good thing is I can also use Medicard. Highly recommended. "
Dayreen B.EVA patient
"Great experience."

"Great experience. Dr. Gene Ann Jandusay answered quickly and asked many questions to understand my case. She explained everything in detail and she sent the prescription right away to my email address. Very convenient especially with the situation we have and the challenges of physically visiting their doctors, we can still keep in touch with a medical profession[al]. Two thumbs up."
Christina A.EVA patient
Previous
Next

Upgrade your Philippine medical experience with Eva Teleconsult – the ultimate telemedicine service for busy professionals and families. Say goodbye to long wait times and crowded hospitals or clinics and hello to personalized care from doctors trained at top institutions such as Harvard, Johns Hopkins, and Stanford University.

Our advanced technology along with our concierge service, offers you the flexibility and convenience you need to manage your health on your own terms. Upgrade your telemedicine experience today and join the exclusive group of individuals who have made the switch to Eva Teleconsult – the trusted telemedicine service in the Philippines.

For our latest health tips and tricks,
check out our socials!
Facebook-f Instagram Linkedin-in Tiktok